MY FIRST DIRECTIONS EMEA RECAP- WELCOME TO MILAN-PART ONE 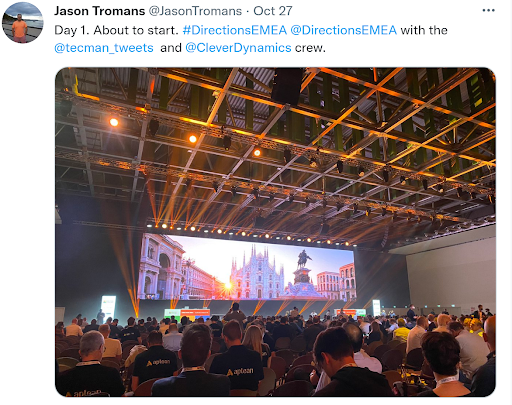 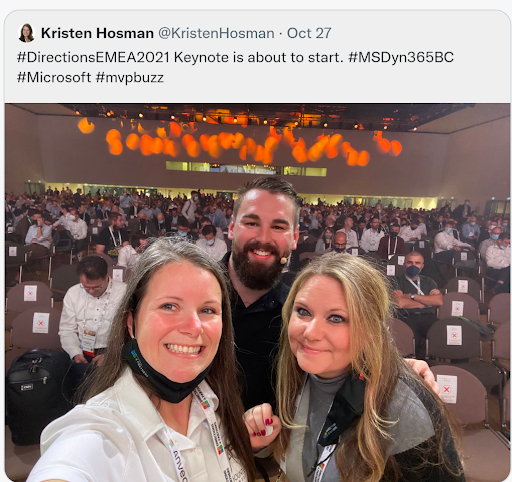 Hola donde de Malaga, Spain. What a week it has been spending time with Microsoft and other Business Central partners in Milan, Italy. It was my first time experiencing Directions EMEA and I am so glad we decided to make the adventure to come to Italy and teach in front of such a wonderful European audience.

On Monday, I was able to eat with the lovely Mary Thompson, meeting in person for the first time. We went to the Duomo area and ate wonderful Italian in the galleria. We even did dancing in the Piazza with the Italians and had a lot of fun drinking wine with the locals. We were able to share so much about our careers and futures and I am so excited for where we will go from here.

On Tuesday, I really wanted to go to Lake Cumo, after catching up on some much needed sleep, I headed to the lobby and was joined by my partner in crime and fellow MVP Kristen Hosman. We started talking in the lobby and then came along Stefan Maron, Waldo, AJ, Mary, Soren, and more. We decided to just hang in the lobby, discussing BC, Apps, Issues, our lives, and it was fantastic. So much better than the Lake any day of the week. It set the mood for a good week of learning. This was the first time ever Mary, Kristen and I were ever in the same place at the same time for two years! It was amazing. 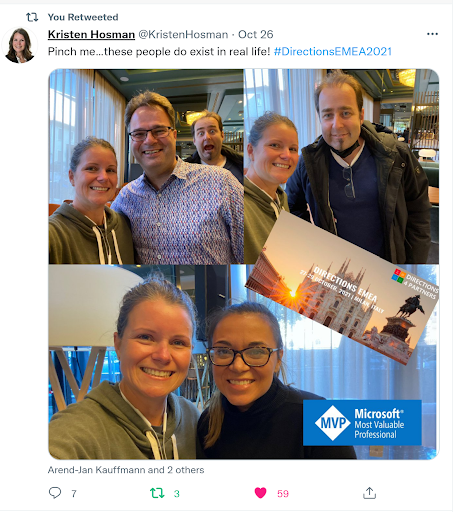 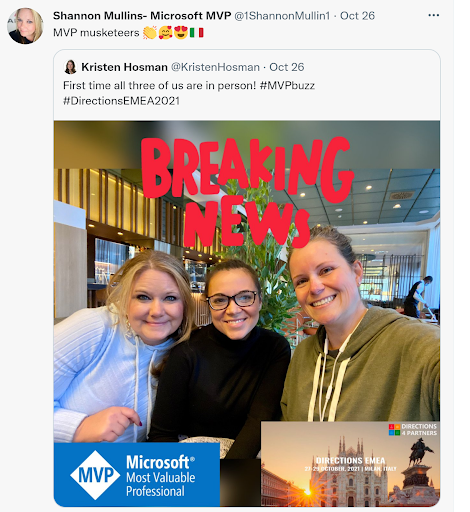 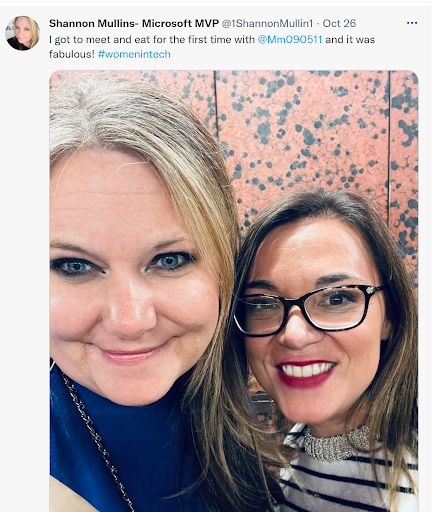 First impressions of the conference were very mixed. The conference was held in the beautiful facilities in the Milan Convention Center. On the first night, we were able to attend a reception expo to gather goodies, our badges, bags, and color coded stickers to indicate how comfortable we were with human interaction. Of course, I was green and this meant okay for hugs and handshakes. Don't worry, 9 days later, I am still COVID free. We enjoyed the wine and walking around the expo hall, which was well laid out with plenty of space. It was very surprising how much of a minority we were, not only being Americans but mostly being women. More on that later.

Later that evening, we joined some BC/NAV great minds to attend the BC Beerinar Live, which was where I was able to meet some of the MVPS and other talented BC professionals in a pub style atmosphere. I met my good German friend, and scooter gang leader, Peter Steffek and other greats like James Crowter, AJ Kauffman, Waldo, Stefan, Simon,  and more. Thanks for inviting us Kryzstof.

At one point of the dinner, I was introducing myself and Simon said, "Don't worry Shannon, everyone here knows who you are. We all follow you! "Wow! It took me by surprise because I just make sure and keep up with everyone on twitter but to have an impact globally was a big surprise and it just warmed my heart. It made me love Europe even more than I did before. 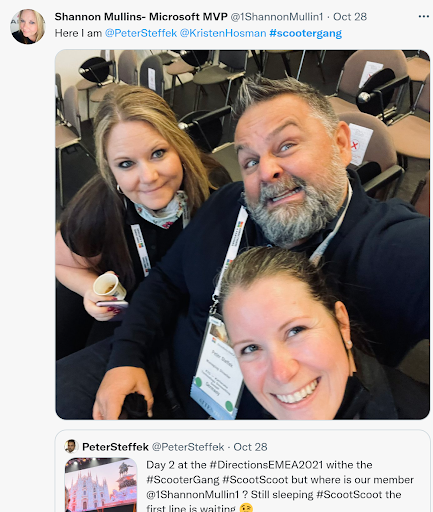 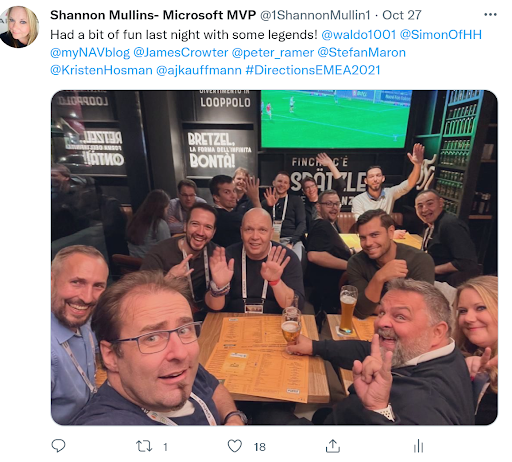 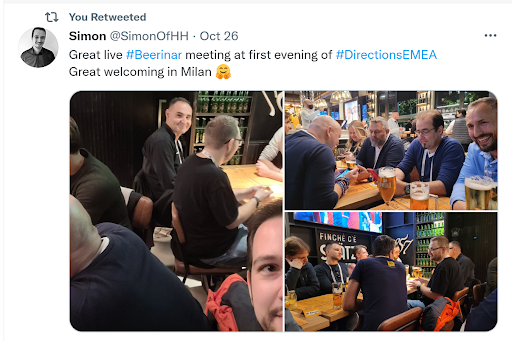 TEACH TIME
I had three sessions as a leader, two on Tuesday, including the Meet the MVPs section and one on Friday with my talented friend Kristen Hosman. The night before I could not sleep. The nerves of teaching in front of my first non-American audience were real. Mary had been experiencing them all day, but for me it was the first time in a long time. I did not sleep well that night, thinking of all the things that could go wrong.
After opening session Wednesday, it was showtime. I made it to my room early and noticed that the room was slowly filling up. By the time I started my presentation I had a packed house. This happened again on Friday morning with Kristen Hosman as well. Wow, the Europeans really do want to hear us American MVP girls speak, I was honored.
I had a great time with both sessions. It was cool hearing feedback from so many of you via Twitter, LinkedIn and in person. It was very fun showing the Power of Teams, Automate and Business Central along with showing great tips on how to implement Business Central properly.
The Meet the MVPs session was also fun. Especially standing next to the great AJ Kauffman, who keep the conversation moving along. It was awesome to be there in Milan with 20 of 30 MVPs of Business Applications and most in Business Central. 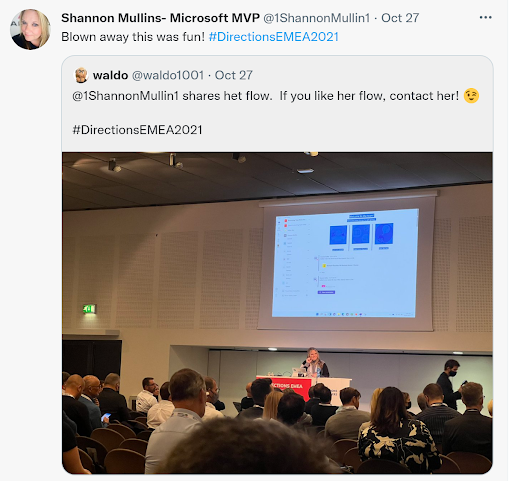 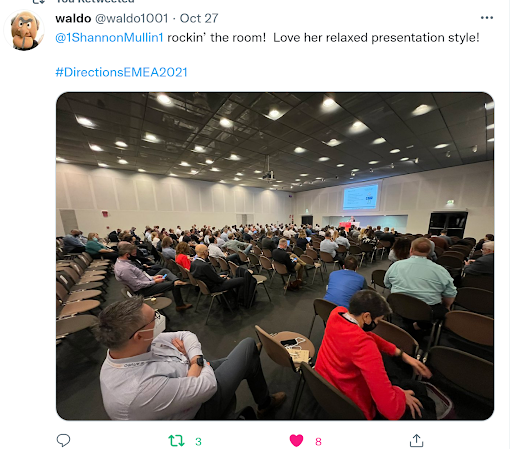 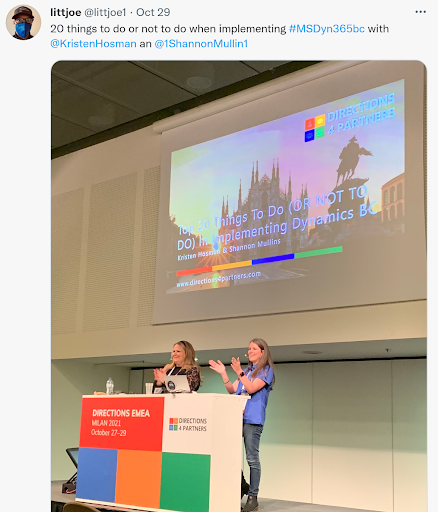 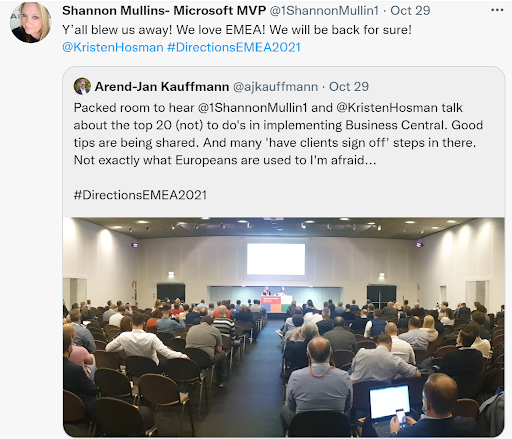 Popular posts from this blog

Every time, without fail, I need to create a phone number on an SSRS report for a client and get stuck with phone formatting. Every time I am searching forums. I thought it would be awesome if it was in some amazing blog that I could visit and copy from each time. So... here it is, if not for myself, then for others: In Report Builder or visual studio, add your phone number field to the report.  Right click on that text box where you added the field and click on expression.  Clear the formula box and type in the expression below. Formula to Use:  =IIF(Fields!Phone.Value Is Nothing, Nothing, IIF(IsNumeric(Fields!Phone.Value), Format(Val(Fields!Phone.Value), "(000) 000-0000"), Fields!Phone.Value)) Note:  My field is actually called Phone. If your field is not called phone, you will need to replace it with your phone field name. (Like: Fields!E_T_PHONE_HOME.Value) Then click on OK at the bottom of the expression box. Run your report.
Read more

Hi Everyone,   Due to popular asks from my sessions back at Directions EMEA, please see my video on how to create a Power Automate to have your customers and vendors onboard themselves using Microsoft Forms, Microsoft Teams, Dynamics 365 Business Central and Twitter.  You can try my flow at:  https://forms.office.com/r/Em6MZ7Gyr0 Questions, feel free to email me at smullins@accelerynt.com or follow me on twitter @1shannonmullin1.
Read more

The latest announcement coming out of the Dynamics Business Central (BC) Microsoft virtual event last month was the extremely rapid growth of the software. There are now over 10,000 customers using D365 Business Central cloud-based ERP software with a strong 125k on-premise base. That’s a 250% growth rate! The momentum for this product is amazing! It is no surprise with the amazing ease of use features, monthly subscription fees (not annual), fast implementation, and full integration with Microsoft Office 365 functionality.  To imagine what the software will be 5-10 years from now, let's assume we keep on the same trajectory for a 250% year-over-year growth. What does that look like in terms of numbers of users using BC Cloud? If you look at the graph below, at this current rate, BC will exceed 25,000 customers next year and be well over 100,000 customers by 2023. I believe based on what I am seeing and hearing from the market that this growth rate will continue for at least the
Read more